I'm thinking of organising a Group visit to see the ADC production of Copenhagen on Thursday 8th March - send me an email if you're interested in coming along!

A preview for Easter term

An advance announcement that next term we will be reading a selection of writings by the elusive Thomas Pynchon:

Meetings are provisionally scheduled for Mondays 30th April, 14th and 21st May, and 4th June: I will confirm this soon.
No comments:

Former member of the Science and Literature Reading Group, Kirsten Shepherd-Barr had just published a book on Science on Stage: From Doctor Faustus to Copenhagen. Details of the book are available on the Princeton University Press website, as well as the first chapter.
No comments:

Our final meeting of Lent term will conclude our whistle-stop tour of medical short stories with two tales by William Carlos Williams. Robin will introduce ‘The Girl with a Pimply Face’ and ‘The Use of Force’, which can be found at the end of the photocopied packs in the Group’s boxfile (in the Whipple Library). See you at Darwin College at 7.30pm!
No comments:

Literature and Science under the Microscope

Blog readers might be interested in the discussion which has been taking place on the BSLS website analysing the 'state of the union', as Martin Willis terms it, of literature and the sciences.
No comments:

Thanks to the many new faces who made it along to the group this week! We hope to see you again soon.
Simon Crowhurst brought along some wonderful pictures of a bearded, bull-fighting, and lion-slaying ‘Papa’ Hemingway.

He also introduced the session with a detailed biography of Hemingway, and demonstrated how many elements from his life could be traced in his writings - I particularly liked the extract from the Kansas City Star ‘style guide’ for reporters’ writings!

In our discussion we reflected on this craft of Hemingway's story-telling: his spare, lean style, a lightness of touch giving just enough information to evoke a certain sense of place. As in the last meeting, we reflected on whether these stories represented 'real' encounters between doctors and patients: a particular miscommunication over the units of temperature; a visit to a Native American encampment with his doctor father. And doctors and patients were just one of the many dualities we saw employed in the stories' prose: the hot and fevered boy and the cold, bright, icy day; the male group of visitors to the female in labour; the father and child; knowledge and misunderstanding or fear; childbirth and suicide.

When discussing 'A Day's Wait' we returned to questions of authority, mapping shiftings in the text between the empirical authority of the narrator, and the medico-scientific authority of the doctor. We thought about ideas of heroism and machismo in relation to the child's stoic response to his 'fatal' temperature, and his implicit comparison to characters in Pirates book from which his father reads, and also in the light of Hemingway's own activities, ideas, and identity.

We explored Hemingway's use of the bodies of his characters, particularly of pairs of hands and eyes in 'Indian Camp' (itself written through Nick's eyes), noting what is seen and unseen, touched and not touched, and discussing ideas about contact, exclusion and knowledge. We also thought about particularly Native American themes – from the Mayflower imagery of the opening journey to the significance of blankets and initiation rites.

As ever, our conversation ranged widely, from the imagery of surgical warfare (the 'strike')
to Stygian crossings, but, I have to say, my personal highlight was learning how best to tackle a hungry crocodile (offer it an arm)...

We hope you can join us next time for another stimulating meeting!

At our next meeting Simon will introduce a discussion of two of Hemingway's short stories:


All are welcome!
No comments: 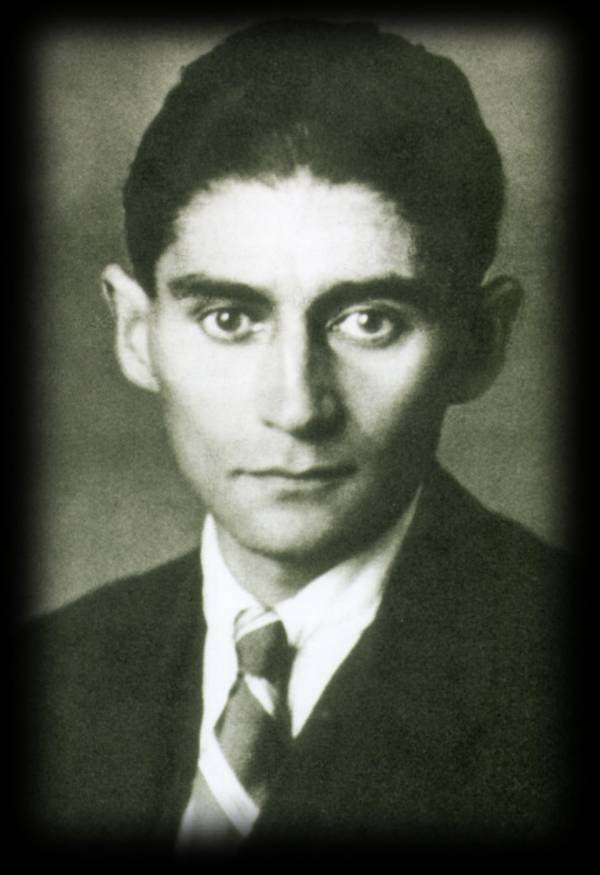 John Hart introduced our discussion of the surreal 'A Country Doctor' by reflecting on Kafka’s relationship with his body, and with the recurring themes and metaphors of illness, doctors, and death in his writings. We thought about sickness as writing on and through the body; and as a form of artistic expression itself. As story-telling as a way of saying something about what medicine or illness is.

Other connections that might be of interest to blog readers include the following review of a theatrical version of the story, as reported in the New York Times of April 16, 1986, as well as R. Crumb's Kafka (of which John brought along a copy), a graphic novelisation of Kafka's life and works - well worth a look!

Next Monday we continue our theme of medical short stories with Kafka's 'A Country Doctor'.

This can be found in the photocopied reading packs in the Whipple Library, or online.

John will be introducing the works, and has suggested that those with some extra time read the following Kafka texts for comparisons/insights/fun (!):

'In the Penal Colony'

Students at Cambridge read for a degree in Natural Sciences, yet many scientists often feel they don’t really get to or know how to read at all. Conversely, budding literary scholars may have become convinced that they don’t understand, or can’t do science. But does this have to be the case? Can reading bring science and literature together? Melanie Keene introduces the Cambridge Science and Literature Reading Group.

The Science and Literature Reading Group, jointly organised by the Department of History and Philosophy of Science at the University of Cambridge, and the Department of English, Communication, Film and Media at Anglia Ruskin University, hopes to challenge some of the preconceived boundaries, barriers, and differences between academic disciplines by providing a forum in which diverse specialists can come together over a common interest in texts and the sciences. During informal discussions over themed readings, post-meeting drinks in Darwin College bar, and occasional trips to appropriate theatricals, we explore connected ways of investigating these subjects, stressing and assessing the importance of interdisciplinary interactions.

In recent years, termly themes tackled by the Group have ranged over genres and time periods, from analysing the written conventions of up-to-the-minute internet journalism to the ‘nature of’ poetic Lucretian philosophy. Alongside Lawrence Durrell we have interpreted the ‘Space and Time marriage’ as ‘the greatest Boy meets Girl story of the age’; worked out how to fit all the animals inside Noah’s ark via John Wilkins’ literary technologies; travelled to the Blazing World with Margaret Cavendish, and to two-dimensional Flatland with Edwin Abbott Abbott; shared Edgar Allan Poe’s whirligig Eureka moment; entered the amazing Mind of a Mnemonist; learnt geological history from the talking trilobites of a fakir’s remembered reincarnations; spied strange creatures inhabiting the moon through a South African telescope; and used the shipping forecast as a seduction technique, After Darwin. Along the way we have encountered writings by canonical literary figures (Robert Browning), renowned characters from the history of science (Humphry Davy), and classic works of ‘science and literature’ (Tom Stoppard’s Arcadia), as well as uncovering the more obscure outposts of this inter-discipline (namely the immensely silly play Fermat’s Last Tango).

Despite the relationship perhaps implied by the ordering of the Group’s title, we try not to look for a simple one way traffic from scientific practice to its ‘diffusion’ in contemporary literature. Rather, one aim of the Group is to help rethink these categories of ‘science’ and ‘literature’ themselves, especially in relation to past times and cultures, when such alignments often make little sense. Not just choosing to read poetry and fiction that includes scientific ideas, therefore, we also take the language of the sciences, their theories, terminologies, models and metaphors seriously as forms of literature; analysing, for example, the manner in which a scientific journal article is and was written. We have an ongoing fascination with the series of metaphors used when discussing how these disciplines interact, whether they be via ‘open fields’, membranes, tentacles, parasites, sympathies, encounters, mappings, interweavings, or, perhaps most appropriately for the format of the Group, conversations.

Such broader motivations underpin our fortnightly meetings, which usually begin with a brief introduction, before we attack the set readings from a number of angles. Whilst no-one in the room is usually an authority on a particular text, we can draw on a stellar array of expertise and insights; only last week, representatives of quantum theory, literature, psychology, the earth sciences, pathology, and the history of science contributed to an enhanced understanding of Chekhov’s short stories about doctors. In these ways, anyone who attends the group will leave with at least one nugget of novel information, or a shifted perspective, to take back to the library or the lab, be it on topics as diverse as the clinical symptoms of TB, conceptions of the narrative structure of disease, techniques of analysing formal prose structures, or the mythic story of Cupid and Psyche.

As someone who once wrote a poem about beryllium, and an essay on the chemical properties of water from the perspective of a penguin named Penelope, for me the Group provides a wonderful way of encouraging creative relationships and quite literal dialogue between members of a range of academic departments, whom I have long suspected can learn a lot from each other. A few years ago I was one of those students reading Natural Sciences, and now I can appreciate how, in the words of Muriel Rukeyser, “the universe is made up of stories, not of atoms.” Maybe you can too.


(This will appear in the Cambridge BlueSci magazine later this year.)
No comments: