The Leeds Centre for Victorian Studies is pleased to announce a two-day conference, to take place at Leeds Trinity University on 30 and 31 May 2019. We are delighted to have Professor Christine Ferguson (University of Stirling), and Professor Roger Luckhurst (Birkbeck, University of London) as our keynote speakers.

Since the emergence of modern mediumship in the middle of the nineteenth century, science and spiritualism have been interwoven. Sceptics and believers alike have investigated spirit and psychic phenomena to determine its legitimacy. This two-day interdisciplinary conference will explore the history of the intersection of science and spiritualism during the long nineteenth century.

We welcome proposals from any discipline, covering any geographic region.

Please send a 250-word abstract, along with contact information to LCVS@leedstrinity.ac.uk. The Deadline for submission is 15 November 2018.

Some small travel bursaries will be available to postgraduate and early career scholars. If you would like to be considered for one, please include a short expression of interest detailing your research, and how this conference will be of benefit to you.

If you have any questions about the event please get in touch via email at LCVS@leedstrinity.ac.uk
No comments:

Email ThisBlogThis!Share to TwitterShare to FacebookShare to Pinterest
Labels: CFP

Accomplished filmmaker and artist Dr. Ruth Maclennan (Institute Associate) will be screening her recent film 'Call of North' tomorrow in the Small Lecture Theatre in Geography. Many you you know that Russian studies are a real tradition at SPRI. Please come and join us tomorrow at 1pm in the Geography Small Lecture Theatre - all welcome! Michael Bravo Scott Polar Research Institute
No comments:

Email ThisBlogThis!Share to TwitterShare to FacebookShare to Pinterest
Labels: Film

The Society for the History of Alchemy and Chemistry’s next meeting, Alchemy and Print Culture, will be held on Saturday 30th June 2018 in room 728 at the UCL Institute of Education, 20 Bedford Way, London.

10.30-11.30: Didier Kahn (CNRS/Université Paris-Sorbonne): “Willem Silvius and the publication of Denis Zecaire and Bernardus Trevisanus in the context of the sixteenth-century alchemical publishing movement.”

13.00-14.30: LUNCH BREAK. Unfortunately, we are unable to provide lunch at this meeting but there are various cafés and restaurants nearby

he meeting fee is £10 for SHAC and RSC Historical Group Members, otherwise £15. Further information and a registration form can be found at http://www.ambix.org/wp-content/uploads/2018/04/Alchemy-and-Print-Culture-Flyer-1.pdf
No comments:

The Linnean Society of London is the world's oldest extant biological society and has in its care several internationally important collections, including those of the Swedish naturalist Carl Linnaeus. Arts Council England has awarded Designation status to the entirety of the Linnean Society's library, archives and biological specimen collections. The Society is seeking to appoint an experienced Librarian who will ensure the smooth running of all aspects of the Library and support the Head of Collections in her/his role as Custodian of all the Society's collections. The post-holder will have a wide range of responsibilities, supporting the research requirements of Library users, cataloguing and classifying Library material and creating displays in the Reading Room. The post holder will also be responsible for the operation and development of the library management system (Heritage Cirqa), will act as Administrator for the Linnaeus Link Project and the Society's "adoption" scheme, AdoptLINN, and will support the Society's charitable public engagement and educational activities. Candidates should have a degree or postgraduate qualification in librarianship, information studies or information management and at least 3 years' post-qualification experience in a comparable environment. This post will require exceptional IT skills and commitment to the highest standards of service to our users.

Further information is available on the Linnean Society website: https://www.linnean.org/the-society/vacancies-and-volunteering Application is by CV and supporting letter, including details of two referees. Closing date: Midnight on Sunday 1st July 2018. Interviews are scheduled for Monday 9th July 2018 at the Society's Rooms in Burlington House, Piccadilly, London.
No comments:

Email ThisBlogThis!Share to TwitterShare to FacebookShare to Pinterest
Labels: Job

The guest editors, Jasmine Jagger and Benjamin Westwood, are seeking submissions for a special issue of 'Victorian Poetry' devoted to new work on Edward Lear, which will appear in summer 2020. Lear studies is in the middle of a lively and substantive revival, following a steady sequence of publications on diverse aspects of his work – even in the last two years. The first collection of essays dedicated to Lear’s poetry ('Edward Lear and the Play of Poetry', co-edited by James Williams and Matthew Bevis) appeared with OUP in 2016. A major study of his natural history (Robert McCracken Peck, 'The Natural History of Edward Lear') was published in the same year. And, in 2017, Jenny Uglow’s major new biography appeared with Faber ('Mr Lear: A Life of Art and Nonsense'). There is, at the moment, considerable and renewed critical interest in Lear as a poet and artist in his own right. This is also evident in a number of recent articles and doctoral dissertations, as well as forthcoming monographs and essay collections. The editors are particularly keen to solicit submissions regarding: Lear and affect Lear’s poetics Lear’s visual art Lear’s travel writing Lear and other writers Essays should be 5,000 words in length, and should follow the Chicago Manual of Style, 15th edition. Please send abstracts only, of around 250 words, by 16 September 2018. The final deadline for essays will be September 2019. All submissions and enquiries should be directed to benjamin.westwood@ell.ox.ac.uk and jasmine.jagger@ell.ox.ac.uk.
No comments:

Public lecture: 'Paying the Tolls: Glass in Time and the Regulation of the Free Trade State', Jenny Bulstrode (University of Cambridge)

Lectures are free and open to the public, but space is limited and booking is recommended.

For further details and to book please follow this link.

In the stores of the British Museum are three exquisite springs, made in the late 1820s and 1830s, to regulate the most precise timepieces in the world. Barely the thickness of a hair, they are exquisite because they are made entirely of glass. Combining new archival evidence, funded by the Antiquarian Horological Society, with the first technical analysis of the springs, undertaken in collaboration with the British Museum, the research presented here uncovers the extraordinary significance of these springs to the global extension of nineteenth century capitalism through the repeal of the Corn Laws. In the 1830s and 1840s the Astronomer Royal George Biddell Airy; the Hydrographer to the Admiralty, Francis Beaufort; and the Prime Minister, Sir Robert Peel, collaborated with the virtuoso chronometer-maker, Edward John Dent, to mobilize the specificity of particular forms of glass, the salience of the Glass Tax, and the significance of state standards, as means to reform. These protagonists looked to glass and its properties to transform the fiscal military state into an exquisitely regulated machine with the appearance of automation and the gloss of the free-trade liberal ideal. Surprising, but significant connections, linking Newcastle mobs to tales of Cinderella and the use of small change, demonstrate why historians must attend to materials and how such attention exposes claims to knowledge, the interests behind such claims, and the impact they have had upon the design and architecture of the modern world. Through the pivotal role of glass, this paper reveals the entangled emergence of state and market capitalism, how an exquisite glass spring set the time for Dent’s most famous work, the Westminster clock, Big Ben; and how the British factory system was transformed in vitreous proportions.

Email ThisBlogThis!Share to TwitterShare to FacebookShare to Pinterest
Labels: Talk 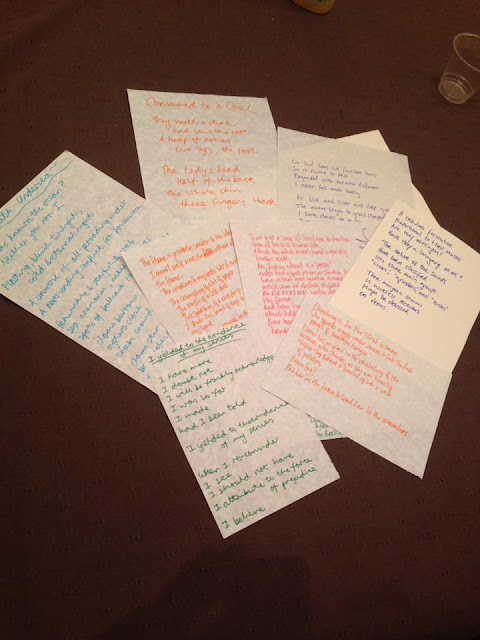