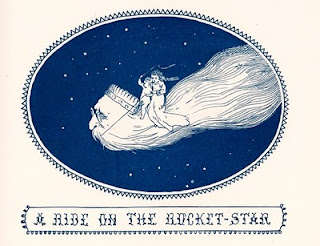 We begin our exploration of the fairy-tales of science by travelling to the stars. All of this week's readings are available online at the links below. We meet from 7.30-9pm in the Skillicorn Room at Homerton College: this is in the Ibberson Building on this map. I will be at the porter's lodge at 7.20 should anyone prefer to meet there instead. All welcome!

University of Oxford
Faculty of English Language and Literature
Literature and Science Seminar
Please note the different days, times, and venues for each week’s session

Originality in science is synonymous with being first; originality in the arts is somewhat different.  At what point do these two creative endeavours overlap?  Ian McEwan is a novelist who has often taken science as a subject: Enduring Love was about a science writer, Saturday about a brain surgeon.  His latest novel, Solar, is about global warming and its protagonist is a Nobel Prize-winning physicist who has given up original work to enjoy his own celebrity.  McEwan’s first book, the short stories First Love, Last Rites, was hailed for ‘an originality astonishing for a young man still in his twenties’.  Yet original work by scientists is most often achieved while they are still young: do they develop differently?  Richard Fortey’s original work is on fossils.  He is a research palaeontologist at the Natural History Museum whose books include Trilobite!, shortlisted for the Samuel Johnson Prize, and Earth: an intimate history. A Fellow both of the Royal Society and of the Royal Society of Literature, he is a former President of the Geological Society of London.
This event is free for Fellows and Members of the Royal Society of Literature. There are a limited number of tickets available for members of the public at all RSL events. These are sold at the door, from 6pm, on a first-come-first-served basis. We suggest a contribution of £7 (£5 concession). For further information please visit our website http://www.rslit.org, or call us on 02078454676.

The British Society for Literature and Science book prize for the best book in the field of literature and science published in 2009 has been awarded to Leah Knight for Of Books and Botany in Early Modern England: Sixteenth-Century Plants and Print Culture (Ashgate).
No comments:

The Alchemist is on at the ADC next week - a few Science and Literature people are going to see it on Wednesday 21st, if anyone else wants to join us? Further details (and tickets) here.


Living in a stolen house, Face, Subtle and Doll Common are making themselves a fortune.


Imagine a London where the desire for money (as well as certain other vices) drives individuals to believe the most outrageous things. Imagine a London where this indulgent philosophy leads its residents into farcical and extraordinary situations.
Jonson wrote The Alchemist to satirize the London of his time but his precise and
enlightened depiction of humanity remains scarily relevant today.


Our three ‘heroes’ are master con-artists. Employing a spectacular array of characters and costumes they entice, seduce, befuddle and hustle their way through Jonson’s most colorful and eclectic collection of characters with hilarious results. The Alchemist is often thought of as one of the greatest comedies of all time and the Marlowe Society’s 2010 production supports this in every possible way.


If laughter is what you need then head back 400 years and see London for how it really was... or is. Full of the funniest fools one could ever imagine. The con is on!

For further details of the speakers and to register see here.
No comments: 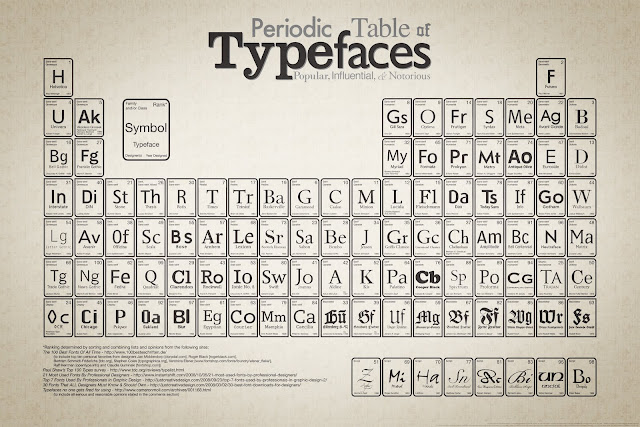 Email ThisBlogThis!Share to TwitterShare to FacebookShare to Pinterest
Labels: Other

A selection of things recently brought to my attention:


The Science Museum’s new history of medicine website has now been completed. In all it now present 4000 new images of artefacts from the collections linked to 16 specialised themes on medicine across time, written by staff and other professional historians of medicine. Each theme is associated with bibliographies and interactives suitable for teaching at several levels.
The themes are:
Belief and medicine; Birth and death; Controversies and medicine; Diagnosis; Diseases and epidemics; Hospitals;Mental health and illness; Practising medicine; Public health;Science and medicine; Surgery;Technology and medicine; Medical traditions;Treatments and cures; Understanding the body; War and medicine
Under a creative commons policy the images are available for download.


New Light on Old Bones (NLOB) is an innovative, multi-disciplinary research project looking at the cultural, social, and historical context of natural science collections in two venues in North West England; Blackburn Museum, and Rossendale Museum.
The lead researcher is Mark Steadman, and the project board consists of Dr Samuel Alberti of The Manchester Museum, and David Craven and Dr Myna Trustram from Renaissance North West.
The project aims to provide museums with a toolkit of methods they can use to better interpret their collections. 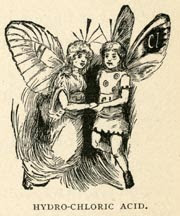 This term we will focus on the fairy-tales of science, reading a selection of nineteenth-century works that combined new discoveries with the myths and legends of old. We meet on Mondays from 7.30-9pm in the Skillicorn Room at Homerton College: please note our new venue, and the rather irregular scheduling due to the May bank holidays. Readings will be made available in photocopied packs in the Whipple Library and Homerton library from the beginning of term, and many of the selections we have chosen are also online (links below). Organised by Daniel Friesner (Science Museum) and Melanie Keene (Homerton College). See our blog for news and updates; email Melanie to join our dedicated mailing list. All welcome!
General Introductory Reading
Arabella Buckley, The Fairyland of Science (1879), lecture 1.
10th May – Stars
‘A Flight Through Space’, John Cargill Brough, The Fairy-Tales of Science (1859).
‘Training the Pole-Star’, and ‘The Tail of a Comet’, Elizabeth W. Champney, In the Sky-Garden (1877).
‘Sunbeams and the work they do’, Arabella Buckley, The Fairyland of Science (1879), lecture 2.
‘The Magician’s Chamber by Moonlight’, Arabella Buckley, Through Magic Glasses (1890).
17th May – Insects
‘The Fresh-Water Siren’, ‘Acheta Domestica’ [L. M. Budgen], Episodes of Insect Life (1849), vol. I, chapter 9.
‘A Lesson of Faith’ and ‘Knowledge not the Limit of Belief’, Margaret Gatty, Parables From Nature (1855-)
‘Metamorphoses’, John Cargill Brough, The Fairy-Tales of Science (1859)
‘A.L.O.E.’ [C. M. Tucker], Fairy Frisket; or, Peeps at Insect Life (1874), chapters 10-11.
24th May - Water
‘The Drop of Water’, Hans Christian Andersen (1848)
‘The Water-Drops: A Fairy Tale’, [Henry Morley], Household Words, 17 August 1850, pp. 482-9. [.cam domain]
‘Water Bewitched’, John Cargill Brough, The Fairy-Tales of Science (1859).
‘The Autobiography of a Drop of Water’, Annie Carey, Autobiographies... (1870).
‘A Drop of Water on Its Travels’, Arabella Buckley, The Fairyland of Science (1879).
7th June
‘Things Are Not What They Seem’, ‘Matty Crompton’ [A.S. Byatt], from ‘Morpho Eugenia’, Angels and Insects (1992).
No comments:

CFP - Copernicus and his International Reception

Copernicus's theories did not enter the scene of European thought (science and theology) without dispute. This volume of Intersections will concentrate on the debates it triggered and it is specifically dedicated to two aspects of the international reception of Copernicus:

2) the biographical, literary, artistic representation and ideological appropriation of 'Copernicus the man'.

Among the main questions will be:

Ad 1) Why did Copernicus leave an open flank in this theories by numerous mathematical imprecisions and how did physics cope with this deficit? Did the pluralisation of the worlds give change to the diagrammatical representation of world models? By which temporal shifts did the various arts react to the Copernican model? Did the metaphorical language of the areas concerned change (the heavens, planets, satellites)? Was there a change in the position of the mythological figures in pictorial arts? Were there new allegories? How did the iconography of the heavens change? Is there a difference in the ways Catholicism and Protestantism reacted to Copernicus? What was Copernicus's influence on the utopian literature?


INTERSECTIONS brings together new material on well considered themes within the wide area of Early Modern Studies. Contributions may come from any of the disciplines within the humanities. The themes are directed towards hitherto little explored areas or reflect a lively debate within the international community of scholars.

This volume will be edited by Thomas Rahn, Wolfgang Neuber, and is scheduled to appear in 2012. Proposals, about 300 words in length, should be sent (electronically) no later than September 1st 2010,
either to: Thomas Rahn trahn@zedat.fu-berlin.de
No comments: