The United Nations have proclaimed 2019 to be the International Year of the Periodic Table of Chemical Elements since it is the 150th anniversary of the publication of Dmitri Mendeleev's first Periodic Table. But was it really the first? St Catharine's College is proud to exhibit its fine collection of material relating to the early development of the Periodic Table. Starting from the first list of elements which emerged around the time of the French Revolution in the late 1780s, and the first list of atomic masses drawn up by Manchester chemist John Dalton, we explore why six different chemists from around the world each came up with their own versions of the iconic table in the 1860s.

The very first person to arrange all the then-known elements by mass and then look for the repeating properties of related elements was the French mineralogist Alexandre-Émile Béguyer de Chancourtois in 1862. Béguyer plotted his elements around a cylinder or helix with a circumference of sixteen atomic mass units and found elements with similar properties aligned in vertical groups down the cylinder. This coloured chart, over 1.5 metres in length, was published in very limited numbers and is now incredibly rare.
In addition to Mendeleev's first published versions of his table, including one signed by the great chemist himself, earlier forms created by two British chemists are also featured. Samples of many of the elements are also exhibited in the window bays, together with some of their applications from our everyday lives.

Two new works of art specially created to mark this important anniversary will also be on display. One is the St Catharine's Periodic Spiral, based on a design from 1920 and crafted in silver. This was completed on March 11, when Professor Yuri Oganessian, the only living person with an element named after him, added his element tile at a ceremony in the McGrath centre. The other remarkable piece is a Periodic Table of Orbitals made out of laser-etched crystal glass showing how electrons are arranged in atoms and which underpins the structure of the Periodic Table. 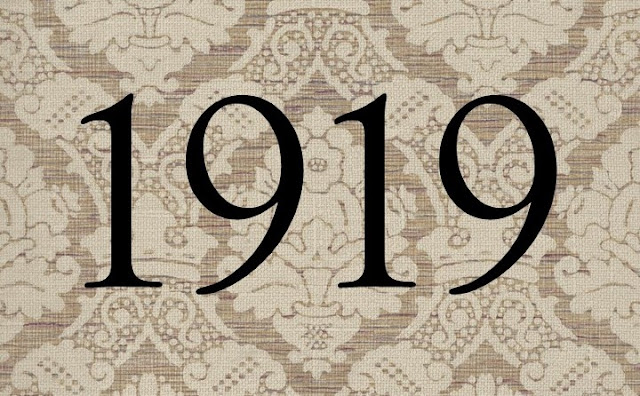 The Science and Literature Reading Group returns in Easter Term, taking as its focus texts first published a century ago in 1919. We will meet at our usual venue, Darwin College, on Monday evenings from 7.30-9pm. All are welcome to join in our friendly and wide-ranging discussions!

In recognition of the International Year of the Periodic Table, we will also be teaming up with AD HOC (Association for the Discussion of the History of Chemistry) for a special seminar on Primo Levi's classic piece of science-writing, The Periodic Table (please note earlier start time and different location).


We hope our planned term on AI Narratives will go ahead later in the year.
No comments: